ETIM International continues to expand with the addition of Estonia 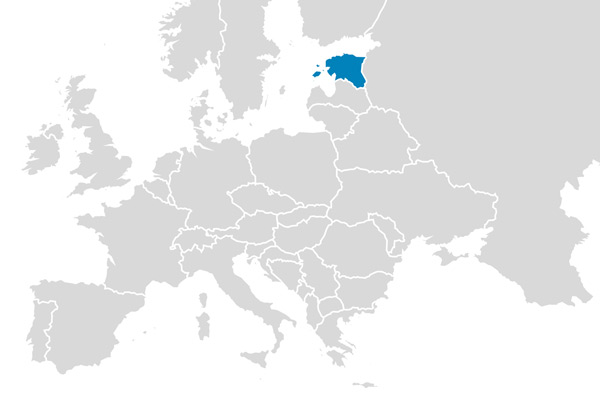 Last week, ETIM International announced the new membership of the Estonian Association of Electrical Enterprises (EAEE).  EAEE will be the National ETIM Organisation for the Estonian Electro-technical sector, raising the total number of ETIM country member organisations to 22.

“Eesti Elektritööde Ettevõtjate Liit” or EETEL (in English EAEE) is the Estonian Association of Electrical Enterprises. Founded in May 1995, EAEE is a non-profit Trade Association that was established to protect the common interests of its members and it now represents over 70% of the Estonian market volume in the electrical sector. With over 100 members, their membership spans from manufacturers to wholesalers and designers to installers; they truly represent all aspects of the industry.

ETIM is an international data standard used in over 22 markets across the world. It was first created in Europe to define a consistent standard for the technical and performance attributes used by B2B buyers, in order to match a product to a requirement. Each product has many attributes, features, values and units which are used to outline its’ technical performance. ETIM’s National Organisations are the companies responsible, in their local countries, for the management and promotion of the ETIM Standard; they will work with ETIM International and other National Organisations to develop the standard and support their sector members. There are multiple sectors within ETIM that target different markets within the construction industry, these vary from Electro-technical to Building and HVAC & Sanitary to Shipbuilding.

ETIM Estonia have chosen to introduce the ETIM Standard into the Electro-technical sector and will now begin the usual journey of a, newly formed, ETIM Organisation. This will include vital projects such as promoting the benefits of the ETIM Standard to the companies in their country and developing Estonian translations to benefit their market.

Prior to the introduction of ETIM, the Estonian Electrical Sector did not have a uniform classification standard; wholesalers and distributors were using a combination of supplier provided information, often unique to each company, and their own specifications. Alongside a lack of consistent naming conventions, previously leading many similar products to be classified with different names, these frequently caused confusion in terminology, product identification and specification.

Estonia are now looking to the ETIM Standard, as many other member organisations have, to harmonise terminology, reduce confusion and introduce clarity by utilising the structure to classify all product data.

“thanks to the introduction of the ETIM system, the Estonian electro-technical sector will be able to use a classification standard that will enable the comparison and clarification of products throughout the chain.”

We look forward to (virtually) meeting our new Estonian colleagues at the next Standardisation Committee in May.

We hope that ETIM will become the leading classification standard in their local market, to ensure that all local companies can enjoy the full benefits of the standard ETIM classification model.