Its global reach is expanding. In January 2019, Portugal and Slovenia became the most recent countries to join ETIM International, bringing membership to 21. You’ll find the full list of members further down this page. ETIM’s reach extends beyond Europe to include the USA, Canada and Mexico, who are all benefiting from streamlining their technical data.

It is estimated that over 7 million products are now classified using the ETIM standard. 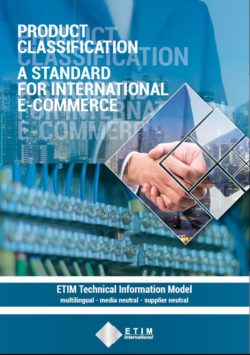 Follow this link to open the ETIM brochure “Product Classification: a standard for International E-Commerce”.

In 1991 electrical contractors in the Netherlands came up with the idea for ETIM. These visionary installers were finding it difficult to source and compare products and had the idea that a common data model for technical product data would make life much easier – and they were right.

Since 1991, the ETIM classification has developed to become a truly international standard adopted right across the globe.

And this international community is still growing. 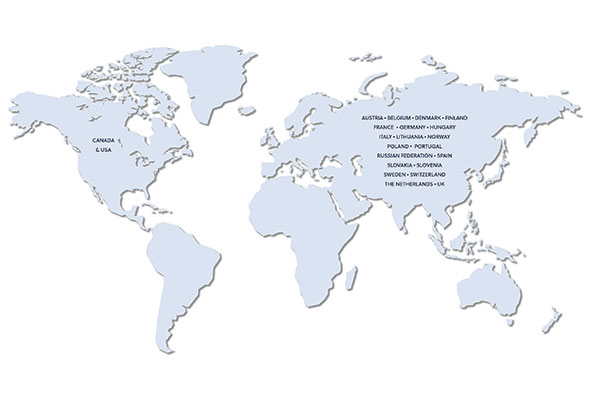 International partners in Europe and beyond

Each country, including the UK, is a member of ETIM International which has its HQ in Brussels.

Each member country is at a different stage of its ETIM journey. The map above shows the growing global community, and the darker the country shading the more established they are in ETIM. In September 2017, Russia became the latest country to join ETIM-International.

Here you’ll find links to the websites currently live for each country in the ETIM global community: